According to The Stiltman's blog and the Houston Chronicle, El Paso, Texas', and Juarez, Mexico's, combined 2 million residents now have their very own super hero protecting them from evil (and Asarco thought it had it tough before!!). 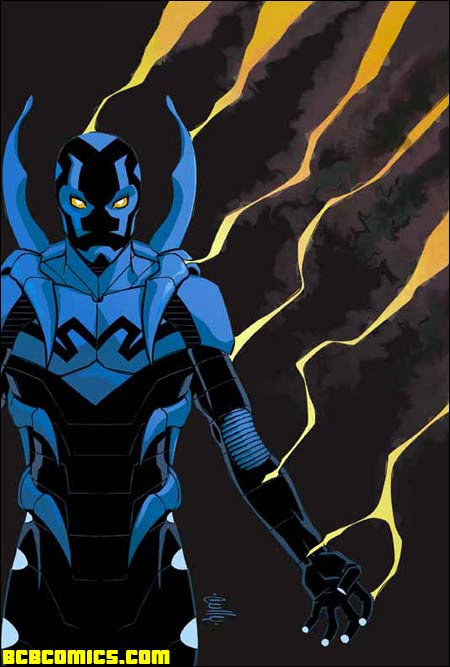 The Blue Beetle, formerly a Charlton Comics hero, then a DC Comics property, is a teenage resident of El Paso. So, this isn't the original Blue Beetle, but a high-tech, mystical version of the classic bug-themed crime fighter.
Now, why would this interest me? Because your very own ever-lovin' friendly neighborhood comics-and-education scholar will soon be taking his wares to The University of Texas at El Paso! That's right, starting this summer, I'll be on on faculty as an Assistant Professor of English Education.
Perhaps I can get Blue Beetle to stop by my graphic novel classes. Actually, with the title trying to reach out to Spanish-speaking residents, getting the writer to make a campus visit wouldn't be such a bad idea... Hmmm.....
Also see this interview with the writer:
http://www.comicon.com/cgi-bin/ultimatebb.cgi?ubb=get_topic;f=36;t=007139
Posted by Bucky C. at 12:15 PM No comments:

Sequential art narrative and religion have a long, long history working together to educate the "masses," if you'll pardon the pun. Don't believe me? Do some research on stained glass windows. And comic books have been helping spread the message of Christianity and other religions since at least the 1940s.

So, I was quite happy to see CBR do a feature on religion in comics. The article isn't exactly a master's thesis, but it is interesting and informative and can act as a good primer to where the two entities of religion and comic art have intersected lately. Furthermore it offers a link to an academic conference on the subject that was recently held at Boston University.
Posted by Bucky C. at 4:36 PM No comments:

Keep you eyes on the title featured in this story from ICV2. As someone who moved to the Deep South the summer after Katrina hit, I have some stories from survivors that will stay with me for a while, and I only moved 2 hours north of New Orleans. This title, A.D. New Orleans After the Deluge, offers another excellent example of comics engaging the contact zone, documenting and interacting with sociocultural events that have shapes our lives. Indeed, maybe some friends and I are working on getting teachers more information on that concept using this text as we speak.... (teaser! more as information develops!) 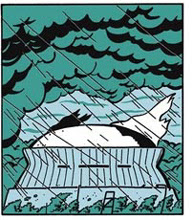 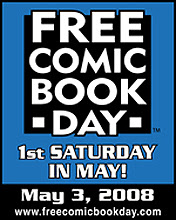 Click here (then scroll down) to learn some interesting facts about Free Comic Book Day. 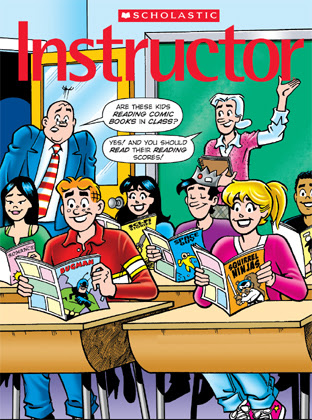 Instructor Magazine, a Scholastic publication, has an article on comics in the classroom in its latest issue. Quoted are Michael Bitz and yours truly. Check it out here. The writer did a nice job of assimilating the ideas we discussed when she interviewed me, and she has some other good sources and suggestions for teachers as well.

And I also recently unearthed this gem from a few years ago where long-time comics-in-education advocate Leonard Rifas reminds us that the relationship between comics and pedagogy is not necessarily a recent one.